The Gothic Quarter, the old town of Barcelona

If you read my blog for some time you probably know I’m not a type of traveler who likes to plan everything, actually I think forgetting the map and getting lost in a new place is the best part of exploring. As the hostel I was staying in Barcelona was close to the famous boulevard Las Ramblas I decided to visit it first, but as soon as I reached it I realized it’s definitely not a place for me. It was too busy and crowded with tourists, and to be honest, running away from there was all I wanted to do. 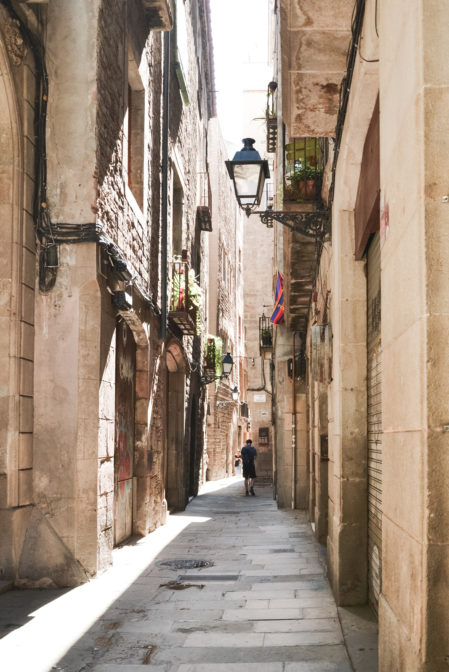 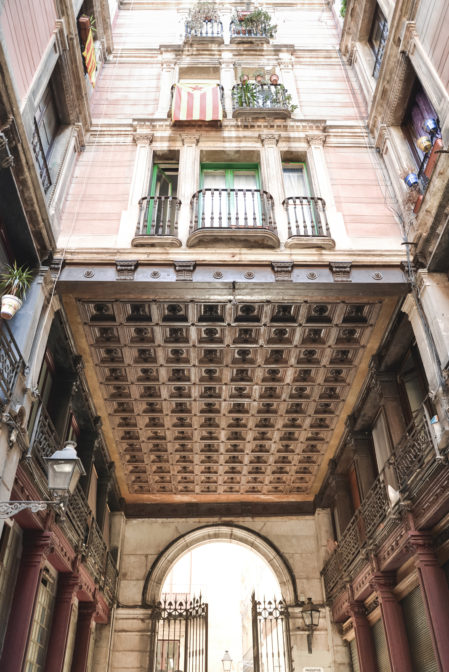 I left the boulevard trying to not be trampled down and soon got into a maze of very narrow, winding streets that took me away from the river of people and traffic noise. I have been wandering around, admiring an amazing medieval architecture, diving deeper and deeper into this marvelous area full of so much I wouldn’t have expected to see, and soon I realized that I got lost in Barri Gotic, but instead of being worried about this fact I found my little trip even more exciting than before. 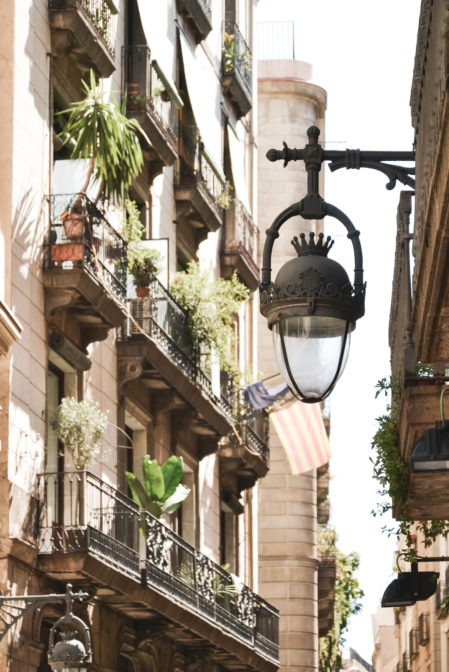 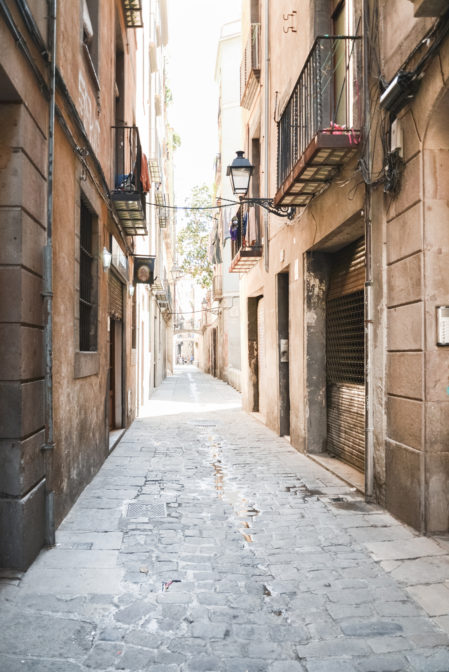 I have been reading about this area so many times in ‘The Shadow of the Wind’ and other books of Carlos Ruiz Zafon and now I tried to remind some of the places that were mentioned therein. I wish I could find the Cemetery of the Forgotten Books which obviously didn’t happen, but I recognized some other spots like Carrer del Bisbe and the Cathedral of Santa Eulalia. 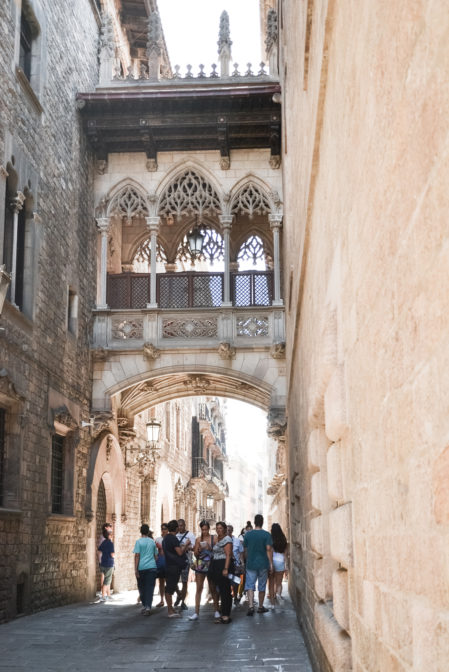 The interesting fact about Barcelona Cathedral is there are 13 white geese kept in the inner courtyard, the number explained by the assertion that Eulalia was 13 when she was martyred. One story says that she was exposed naked in the public square and a miraculous snowfall in mid-spring covered her nudity. The enraged Romans put her into a barrel with knives and rolled it down the street. The body of Saint Eulalia is entombed in the cathedral’s crypt. 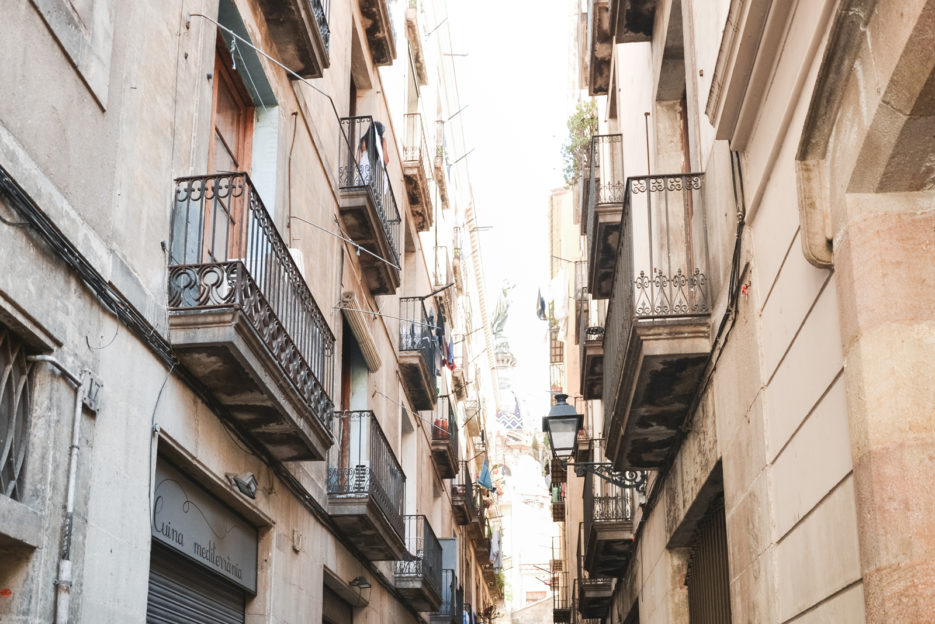 Hanging around the Gothic Quarter I was thinking if these walls could only speak, they certainly would have more stories like this to tell. Many of the buildings date from Medieval times, some from as far back as the Roman settlement of Barcelona. The thousands of years history unfold within a small area, fascinating how many people passed these streets before! 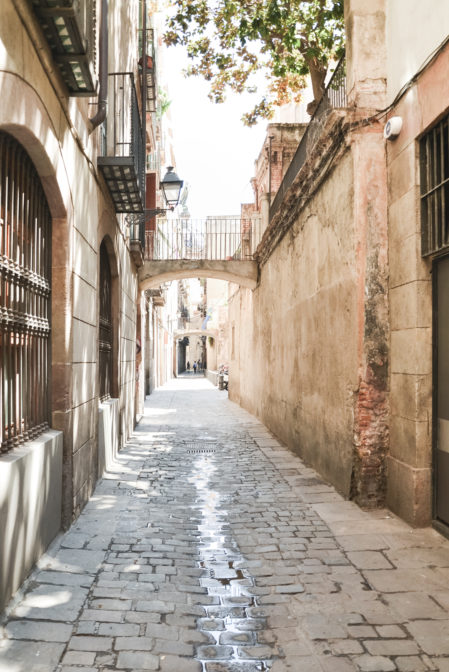 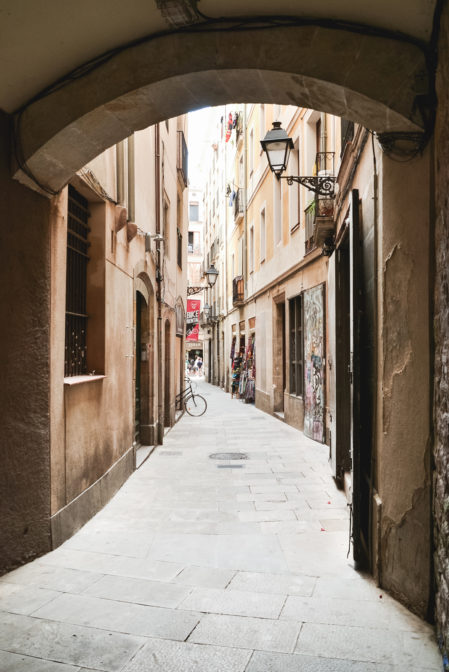 The Gothic Quarter is full of character. Narrow streets with buildings leaning into each other, green squares, hidden courtyards, winding alleys with charming cafes, local restaurants, tapas bars, and quirky designer shops, interesting street art… There is a lot of surprises and hidden gems around every corner. 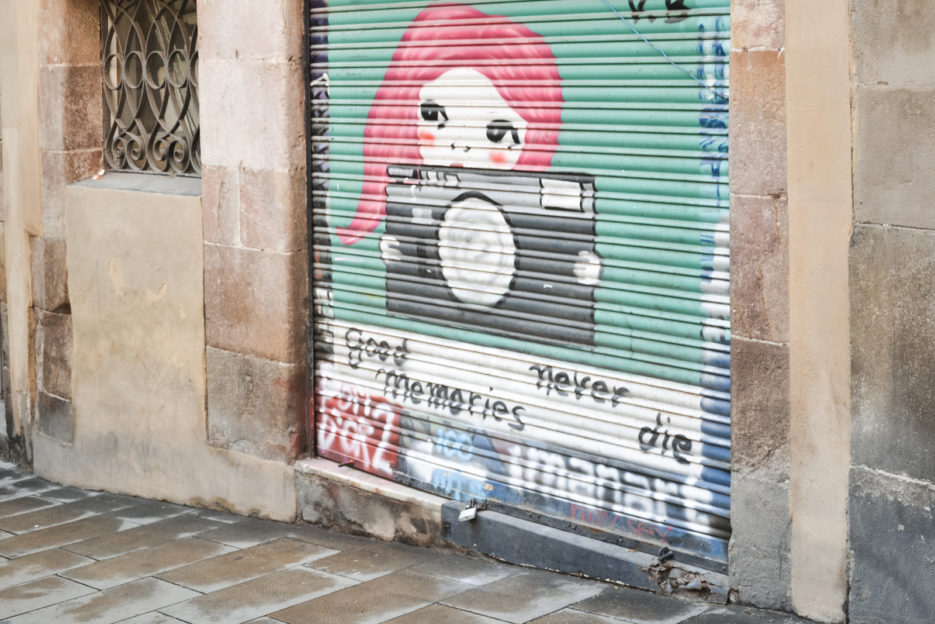 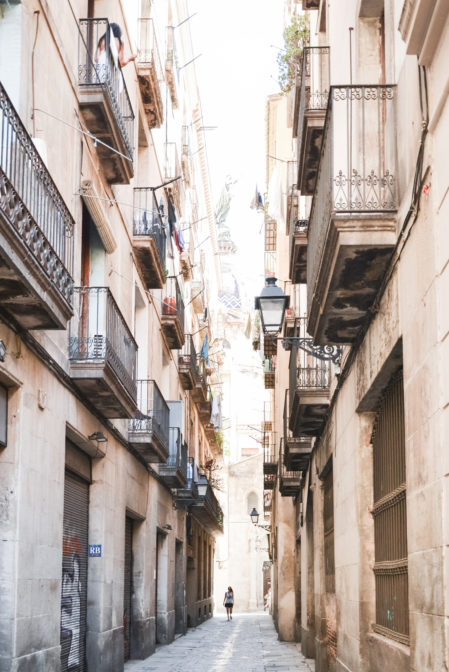 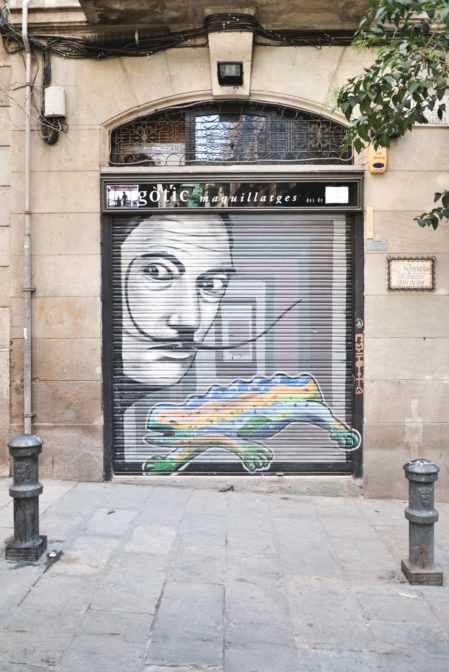 I was lost and I loved it, for places like Barri Gotic you simply need to let go and see where it gets you. This way of exploring adds to the charm of the city. Instead of studying the map you look at the places around you, immersing yourself in its atmosphere, soak in the history. It makes the place even more magical. 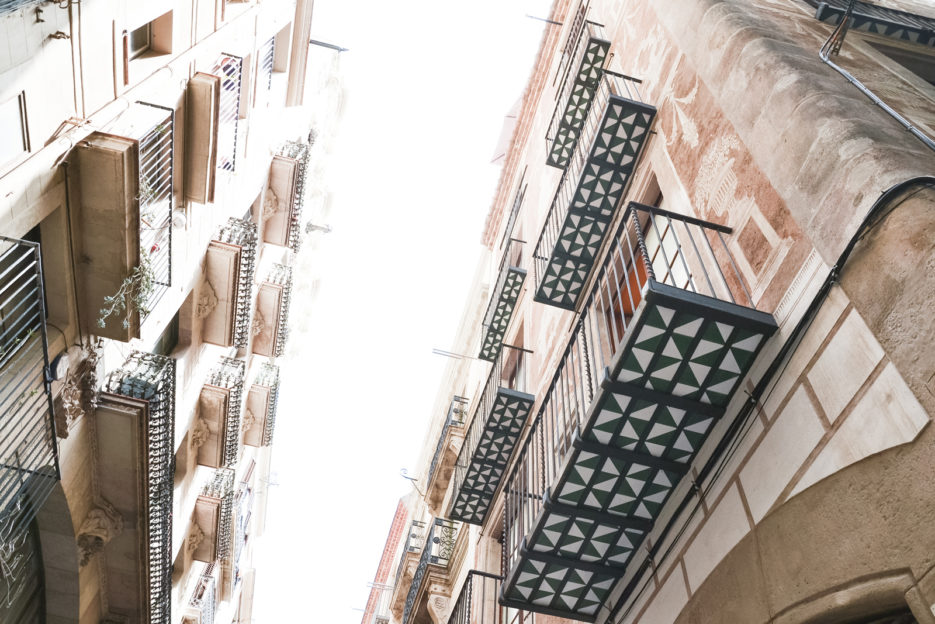 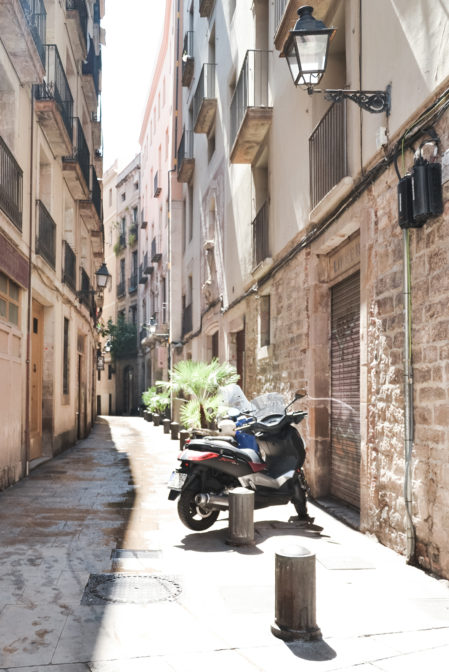 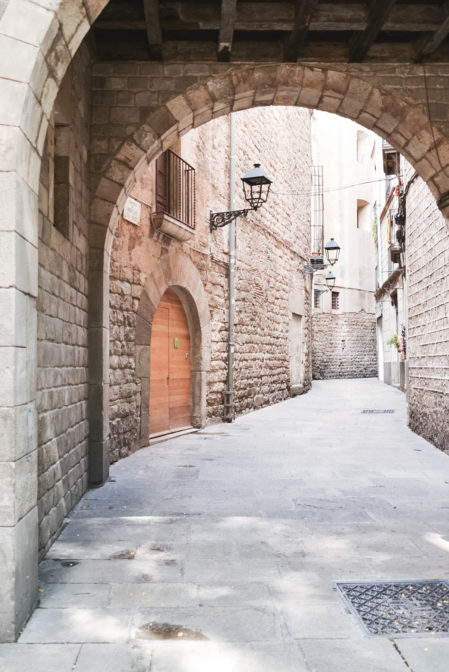 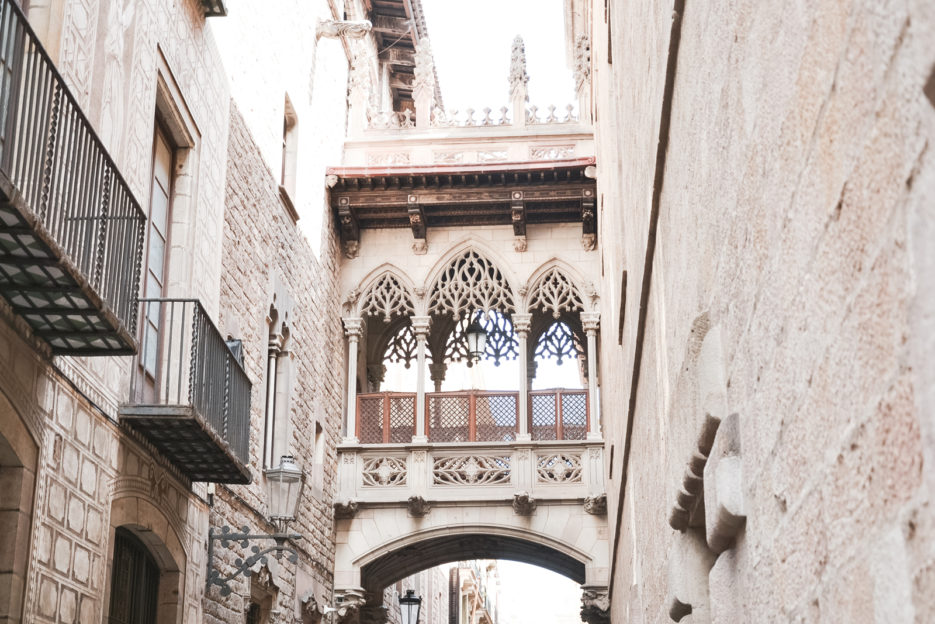 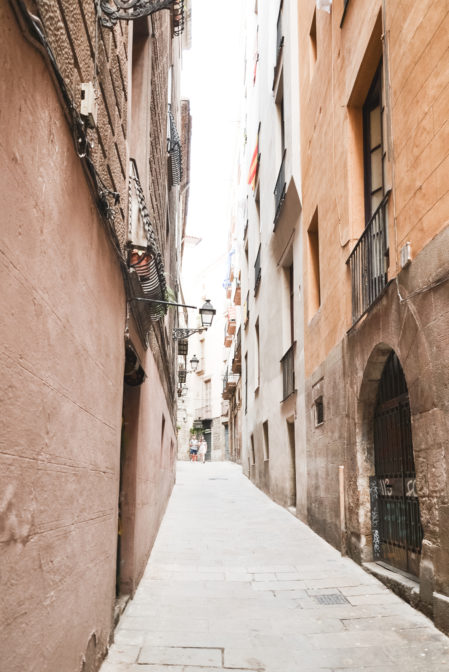 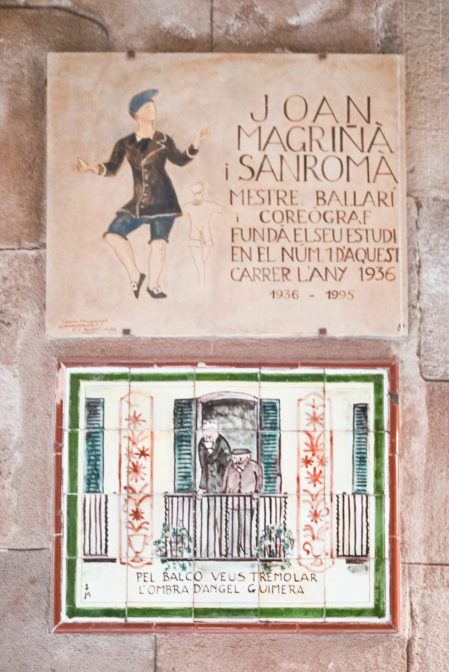 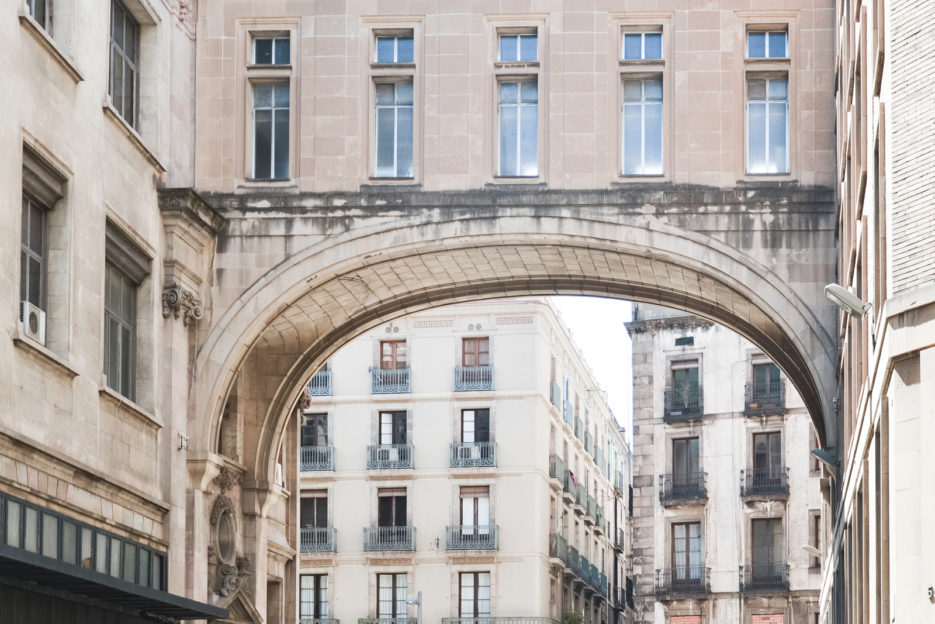 I was wandering around for hours, drifting through the dark narrow streets and ancient alleys. Even though this medieval district is in the city center, I’d got a feeling like I was miles away from there. It’s a great place to forget about the world and lose track of time. 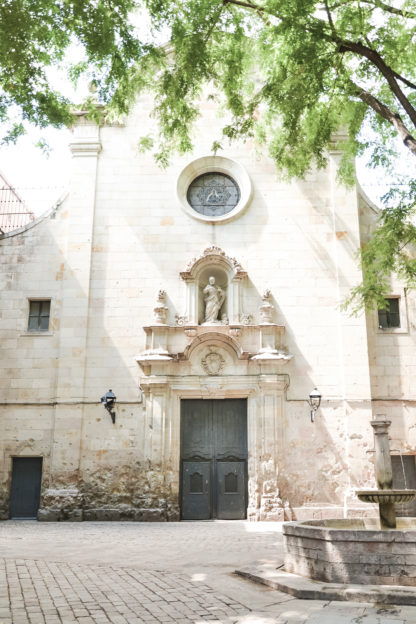 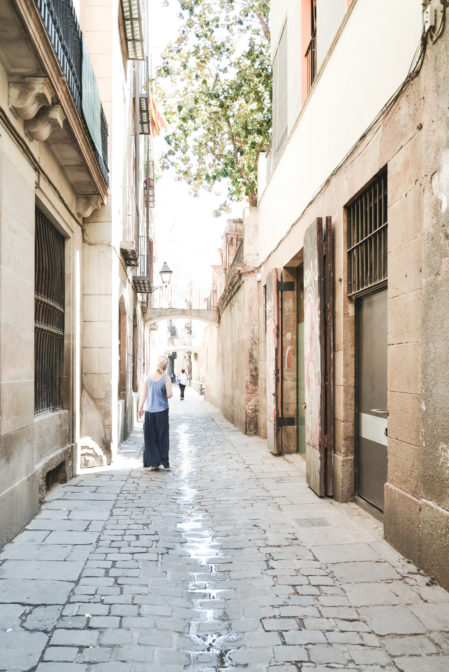 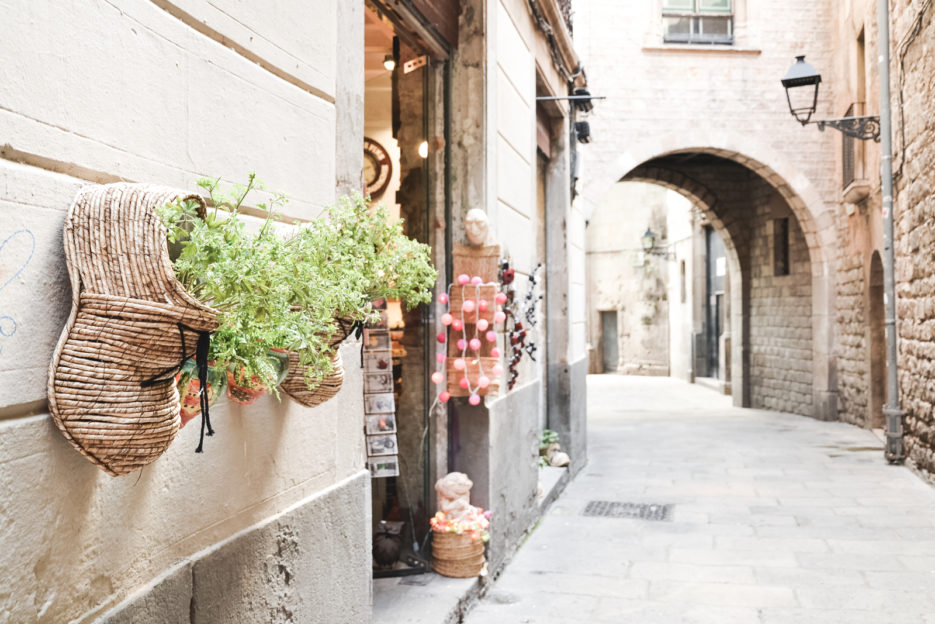 If you are going to visit Barcelona, a walk around the Gothic Quarter should be near the top of your list of things to do. There is plenty to see so I suggest you to visit this area more than once if it’s possible, but don’t run between the sights. Slow down, spend some time in a cafe, try tapas and just enjoy the moment. Let yourself to feel Barcelona. 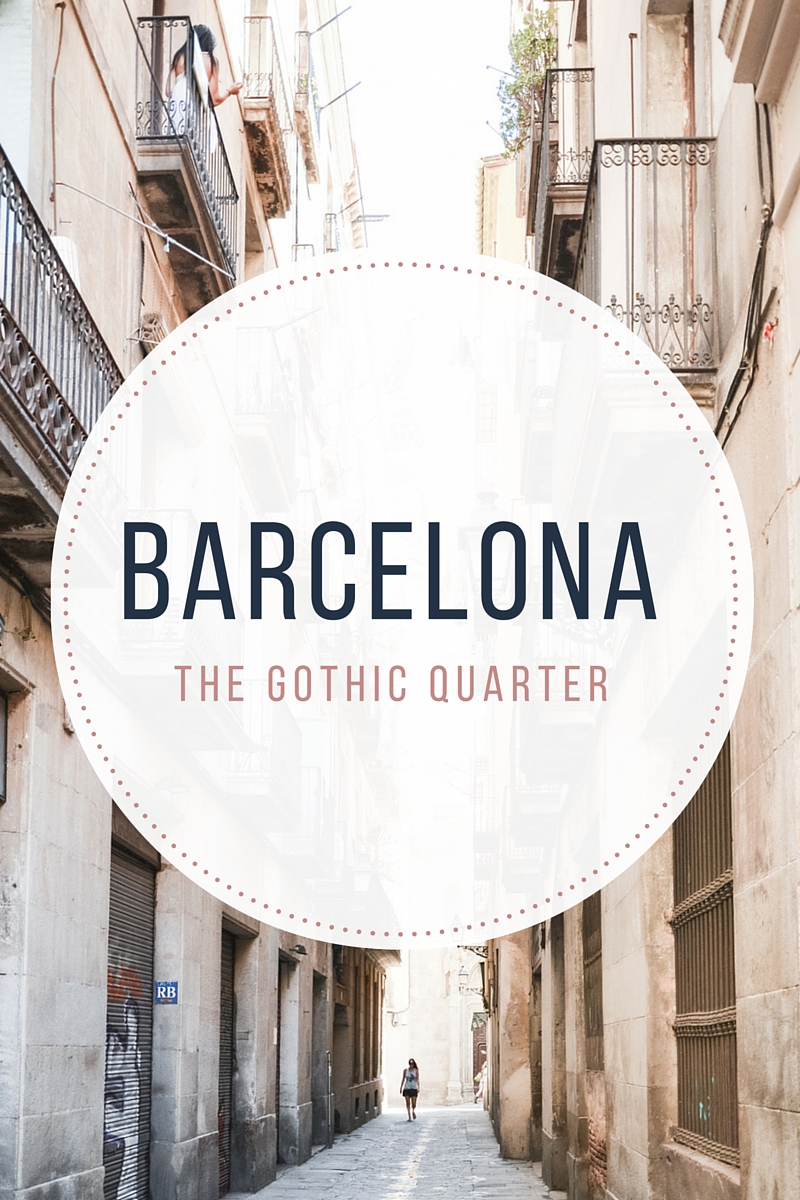 ← 5 alternative things to do in Vienna, Austria
A weekend in Budapest, Hungary →

40 comments for “The Gothic Quarter, the old town of Barcelona”