When we were planning our honeymoon we wanted to choose a special place. We didn’t want to go to one of those tourists resorts whose names appear in the offers of travel agencies. A place full of hotels and crowded beaches with sun loungers definitely was not what we were looking for. Our dream destination was a beautiful island where you can find both small, quiet towns with stunning architecture and wild beaches which only insiders know. In search of your holiday paradise, we went on the Croatian island of Hvar which is on the list of ten most beautiful islands in the world. 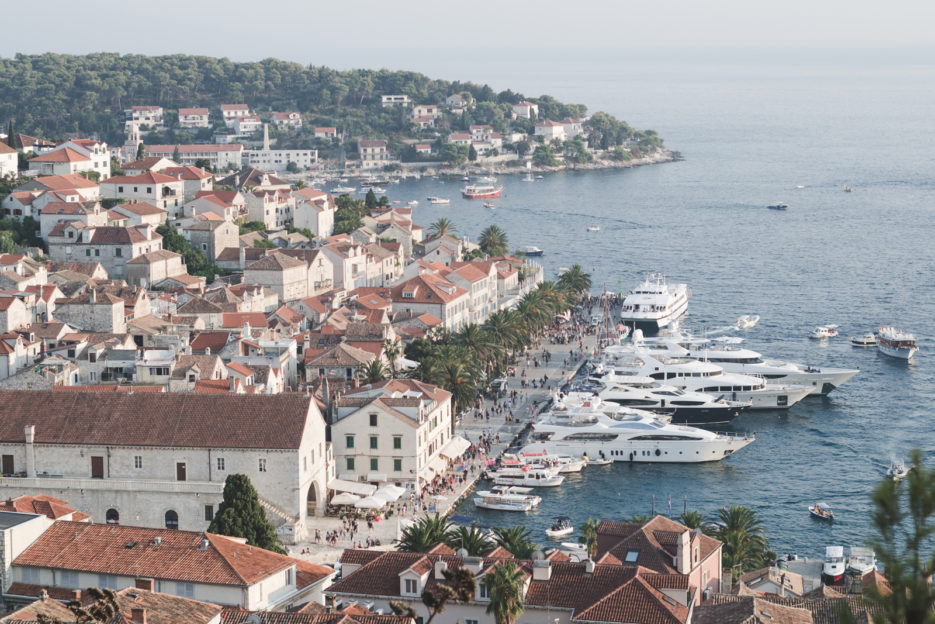 Hvar, the island of lavender and sun

Surrounded by the Adriatic Sea island of Hvar is situated in the south of Croatia, in the region called Dalmatia. Hvar is known as the island of lavender which is sold here under any form – scented pillows, essential oils, cosmetics and even honey or ice cream! Hvar is also known for its winding roads and for the fact that it is Croatian sunniest island with over 2715 hours of sunlight in an average year. The mild climate combined with Mediterranean vegetation, beautiful beaches hidden in rocky coves and historic towns with magnificent architecture – all this makes Hvar an ideal place to spend a vacation, or in your case – honeymoon. 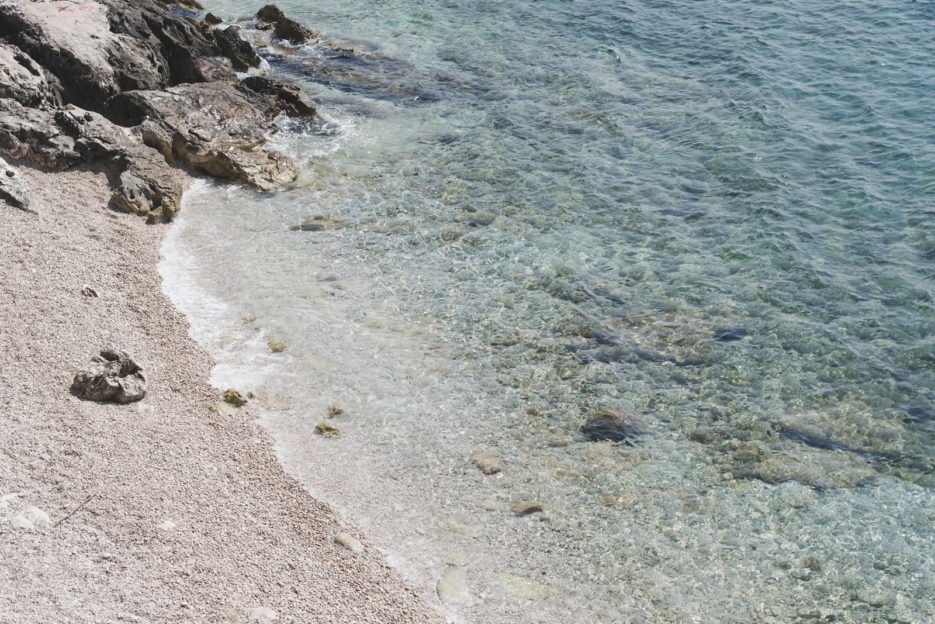 How to get to the island of Hvar?

The easiest way to get to Hvar is a ferry ride. There are two main ferries to Hvar – from Split to Stari Grad which takes 2 hours, and from Drvenik to Sačuraj which is much faster but the road inland is pretty dangerous, narrow and it takes quite a lot of time to get to the most attractive part of the island. An interesting fact is that if the Croats wish someone ill then they say ‘May you die on the roads of Hvar’ – now you can imagine! 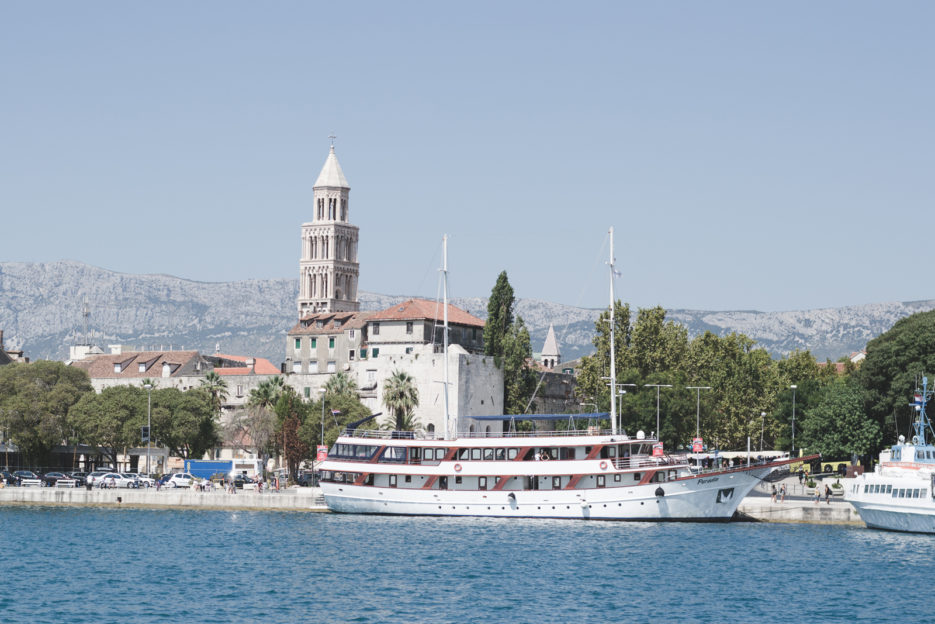 We chose a ferry from Split to Stari Grad because it seemed to us a much better solution. We could take a break from driving and enjoy the view of the sea and the islands that we passed on the way to Hvar, meanwhile sipping delicious Croatian coffee. 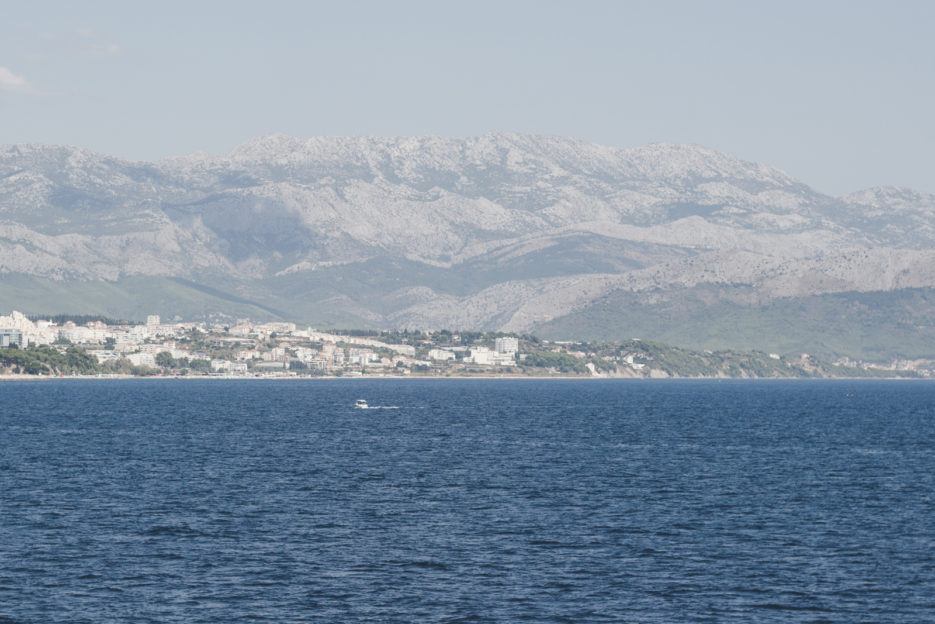 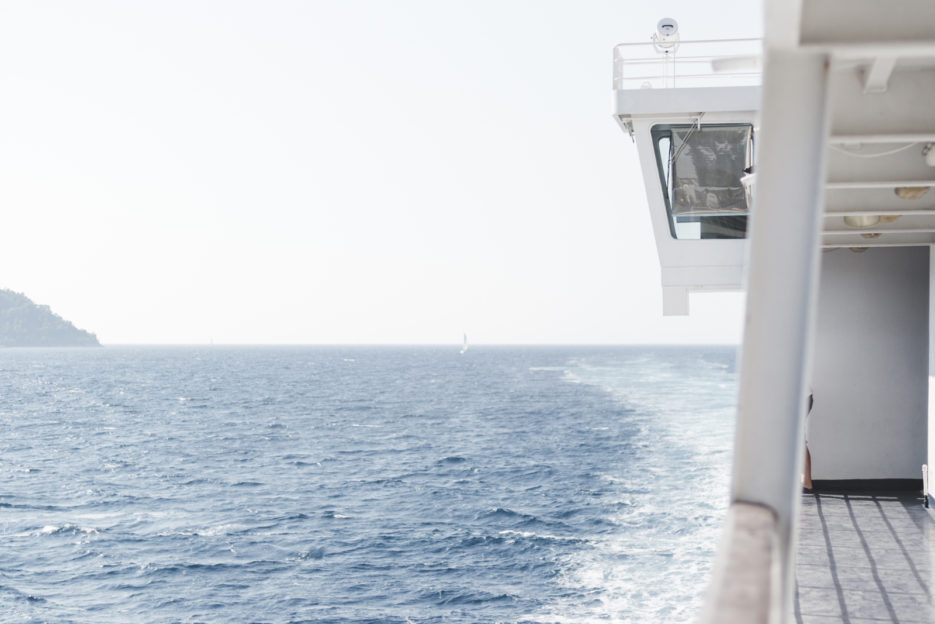 We left behind Split that drew in the distance on the horizon, then passed the island of Brač which we visited two years ago (read more: Sumartin, an underrated place in Croatia) and went into the unknown, enjoying a new adventure. 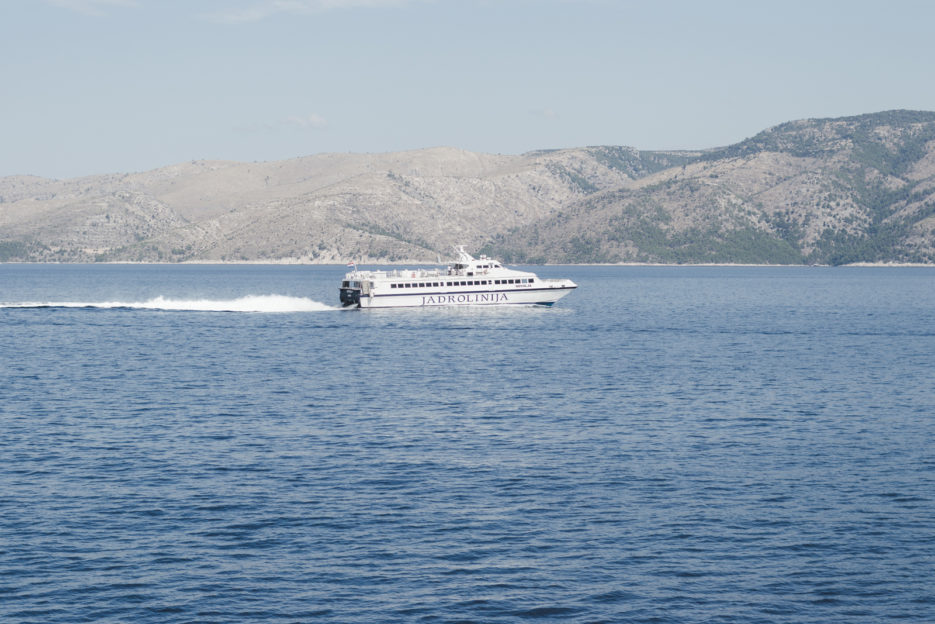 Looking for the perfect place to stay on Hvar Island

We did not plan where exactly we will stay on Hvar, did not book any accommodation – we preferred to be spontaneous, so our idea was to go ahead, explore the island first and just stay at the place that we like the most. 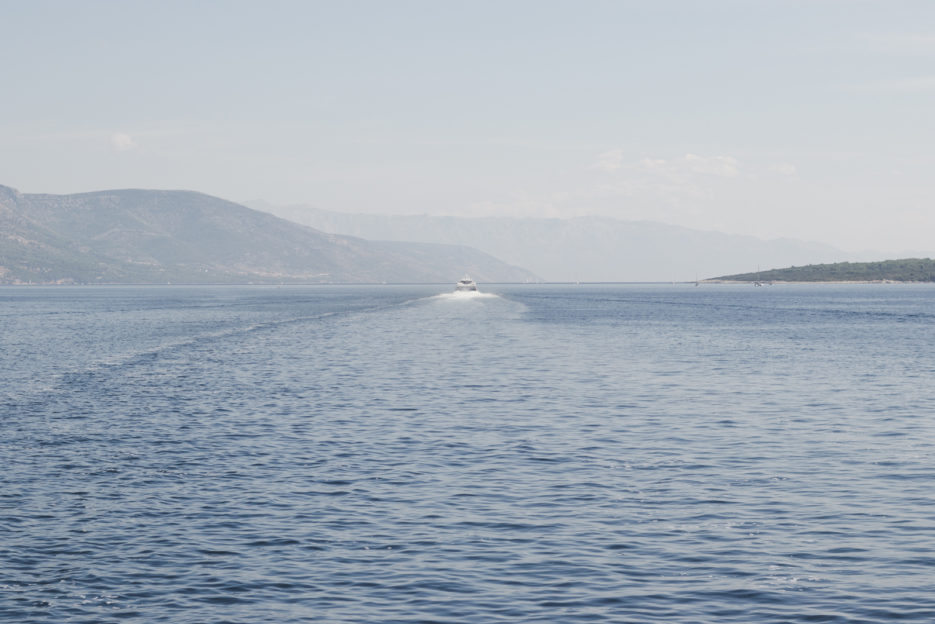 As soon as the ferry docked to the shore we went ahead delving into the island. We drove the narrow road passing through olive groves and fig trees. On the left side from time to time, we could see the Adriatic Sea and the coastal towns such as Stari Grad and Vrboska. On the right stretched the chain of mountains with small villages erected on the slopes. When we stopped for a moment and opened the car door, we could feel the smell of Mediterranean pine forest and hear the cicadas. The golden rays of the sun illuminated the mountain slopes and the towers of small rural churches surrounded by the greenery. Suddenly I felt curiosity about what lies behind these mountains so we decided to check it out. 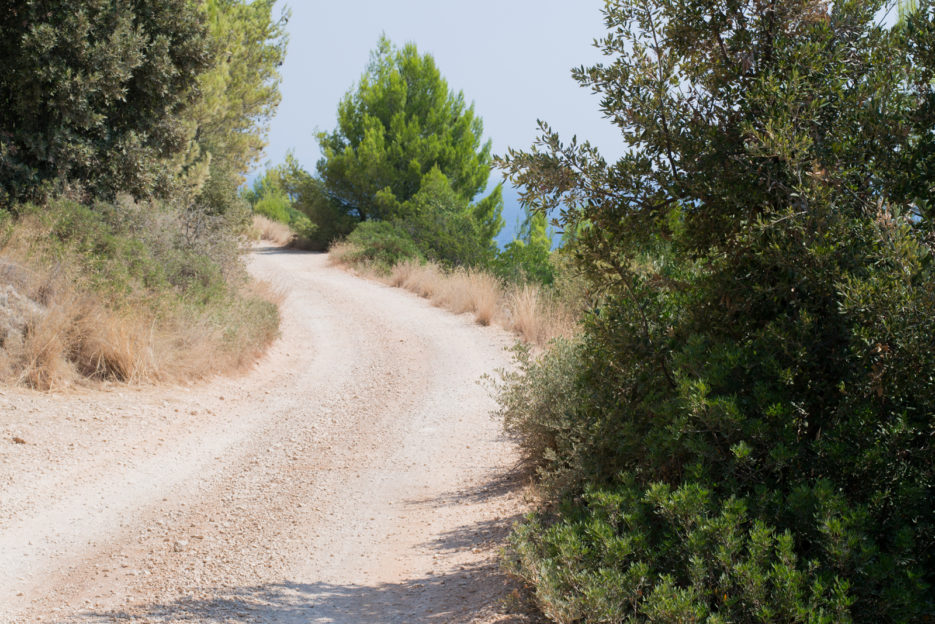 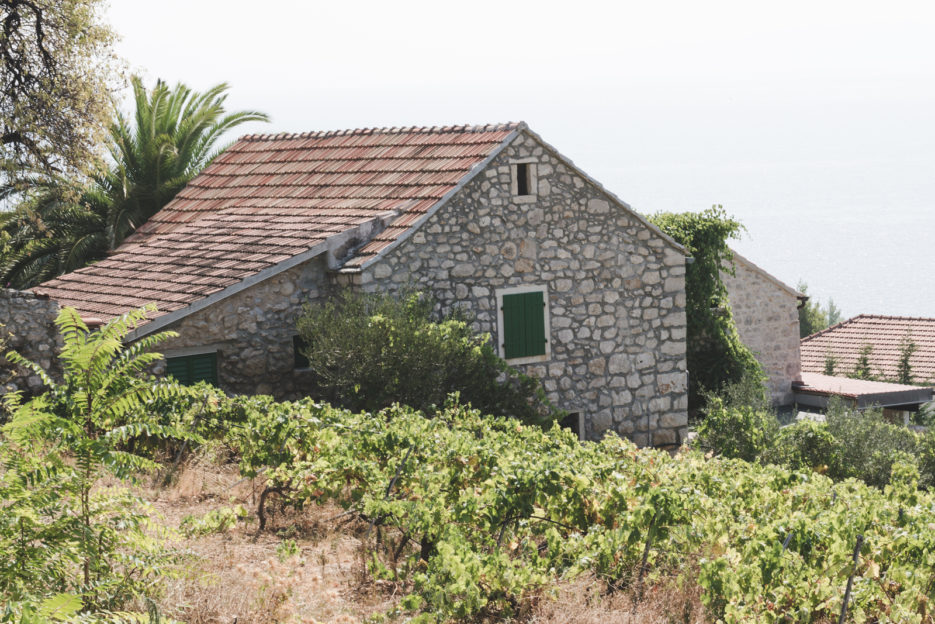 We drove through the mountain roads passing charming villages, rural stone houses, and vineyards until we reached the dark and narrow tunnel Pitve which led us to the southern part of the island. The view of the sea and Croatian islands on the horizon was incredible! Driving down the winding, steep road we reached the beautiful village called Zavala. Suddenly we felt it was the place we were looking for. 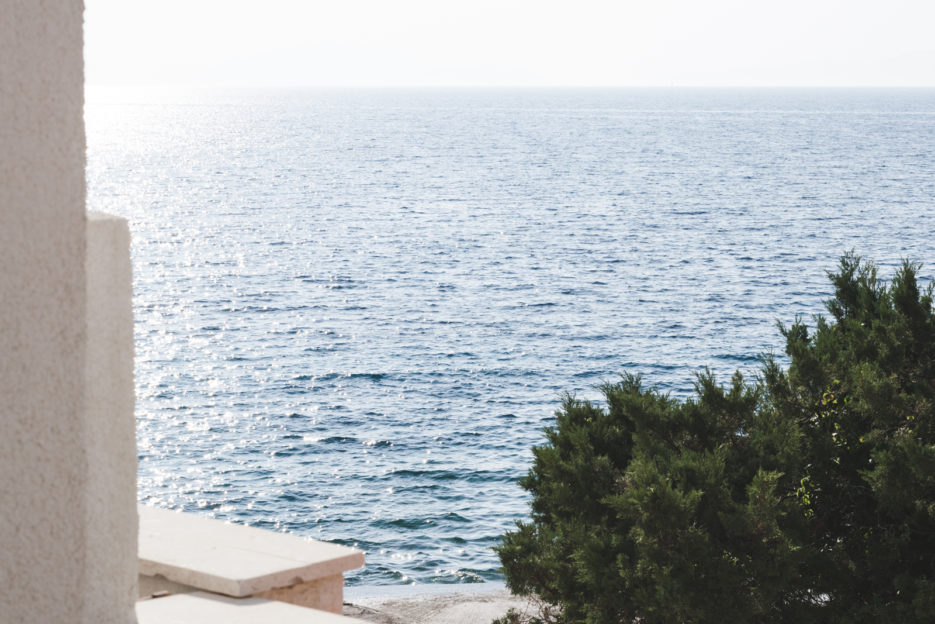 We asked the local people in the port for free rooms to rent, and an hour later we were sitting on the terrace of the guest house looking at the shining blue sea, drinking local wine and eating fresh seafood. That’s how our spontaneous honeymoon began. If you would like to read more about the island of Hvar check my next post about the secret beaches. 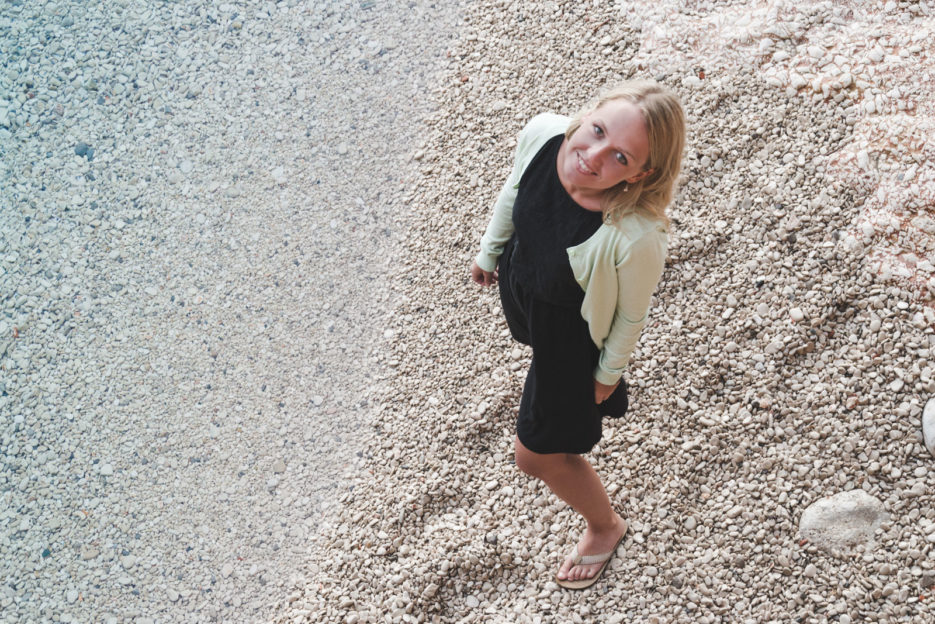 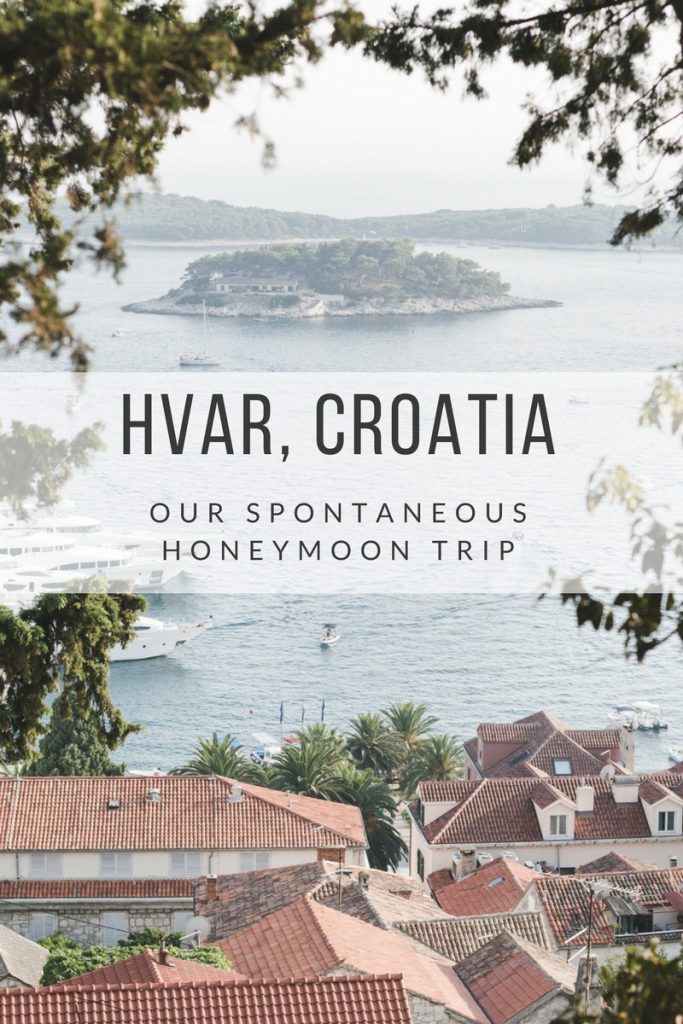 ← A city break in Gothenburg, Sweden
The secret beaches of Hvar, Croatia →