During my one year stay in Vienna, I really enjoyed night walks. City by night looks completely different than in the daylight. The most representative buildings and tourist attractions are highlighted while the rest is hidden in the shadow… and maybe that’s the most exciting thing about exploring Vienna after the sun goes down. 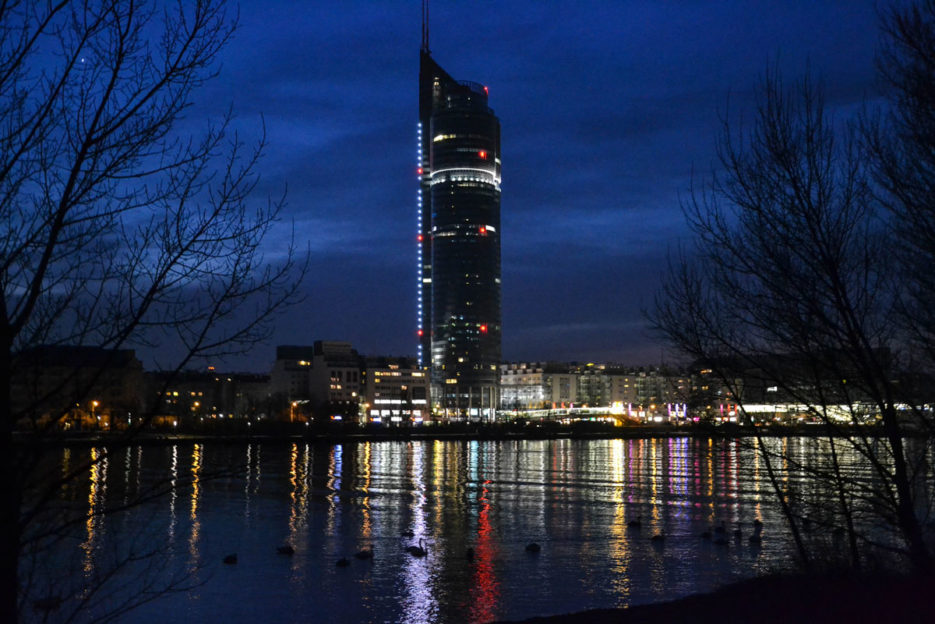 The Millennium Tower in Vienna photographed from the Danube Island 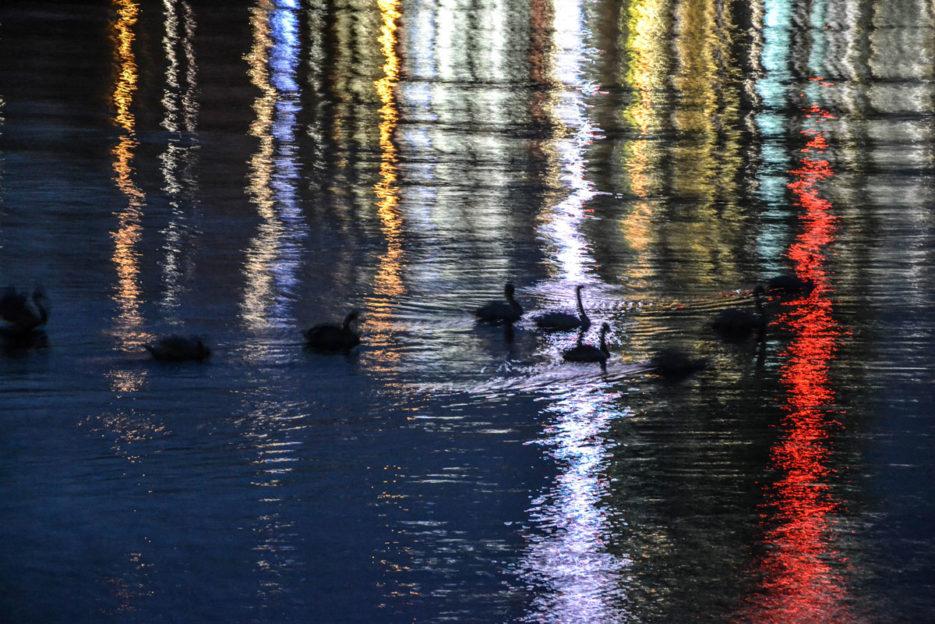 For me the most beautiful city night view is from Kahlenberg. I remember one day I was waiting for sunset in the cafe located on this famous Viennese hill watching the street lights light up one by one. It was absolutely breathtaking! My ‘view number two’ is Donau City skyscrapers seen from Alte Donau, especially on the warm summer evenings when I used to walk along the promenade or just sit in the floating restaurant watching the city lights reflecting on the water. 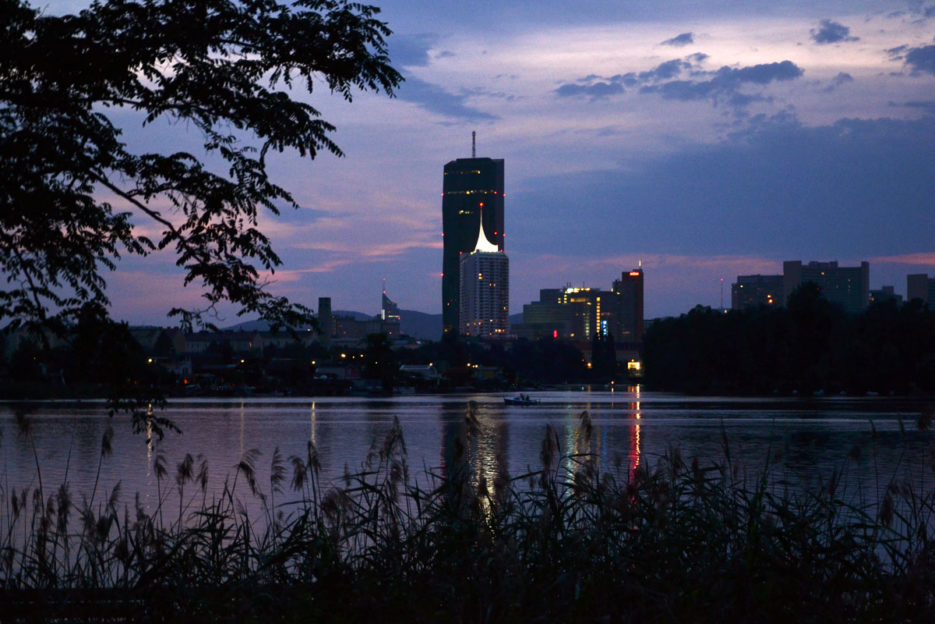 But there were also another spectacular sights like Millennium Tower seen from Danube Island, Schönbrunn Palace Garden and Gloriette illuminated during the Summer Night Concert, fireworks show at the Prater and… Ok, enough talking, let’s see some of the night pictures that I took during the year that I have spent in the capital of Austria. What is your favorite place for a night walk in Vienna? 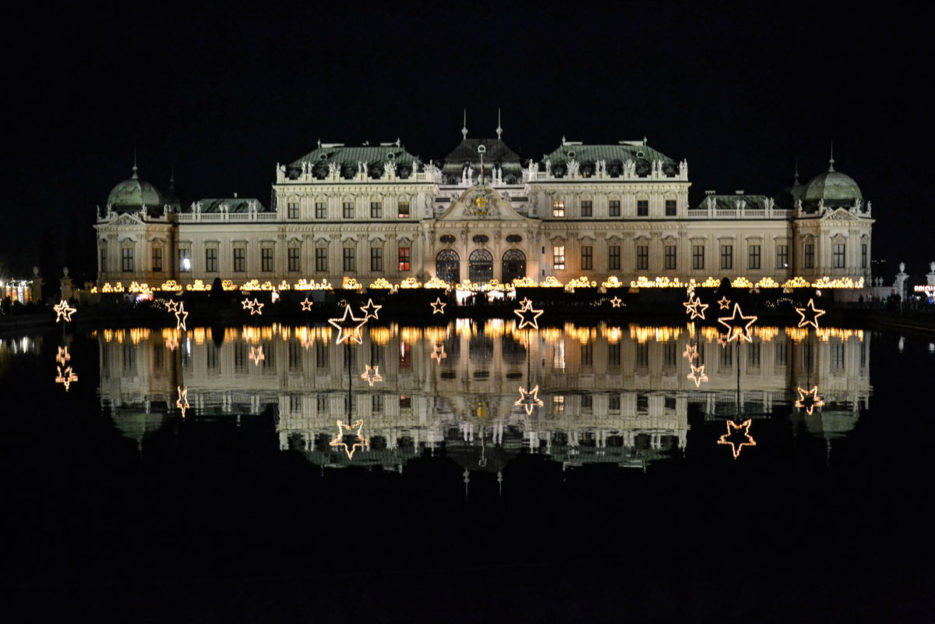 The Upper Belvedere Palace in Vienna photographed at night 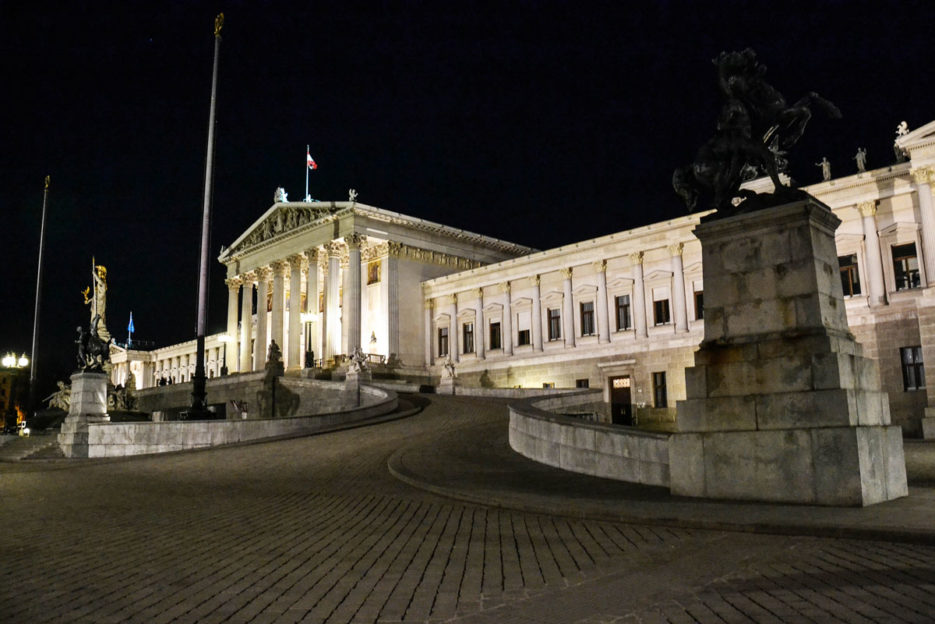 The Austrian Parliament Building in Vienna 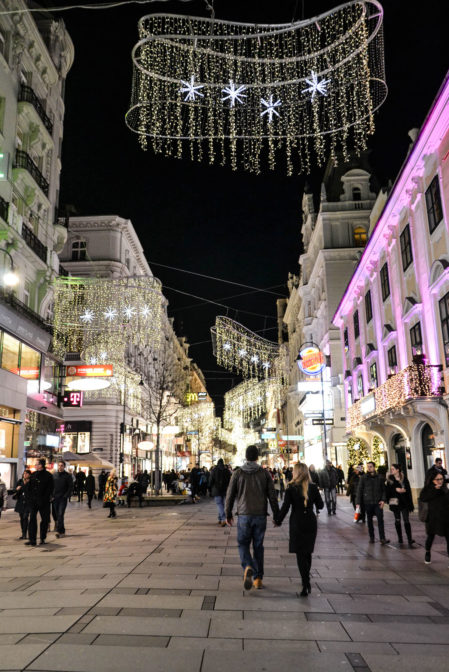 Kärntner Straße, the most famous shopping street in Vienna 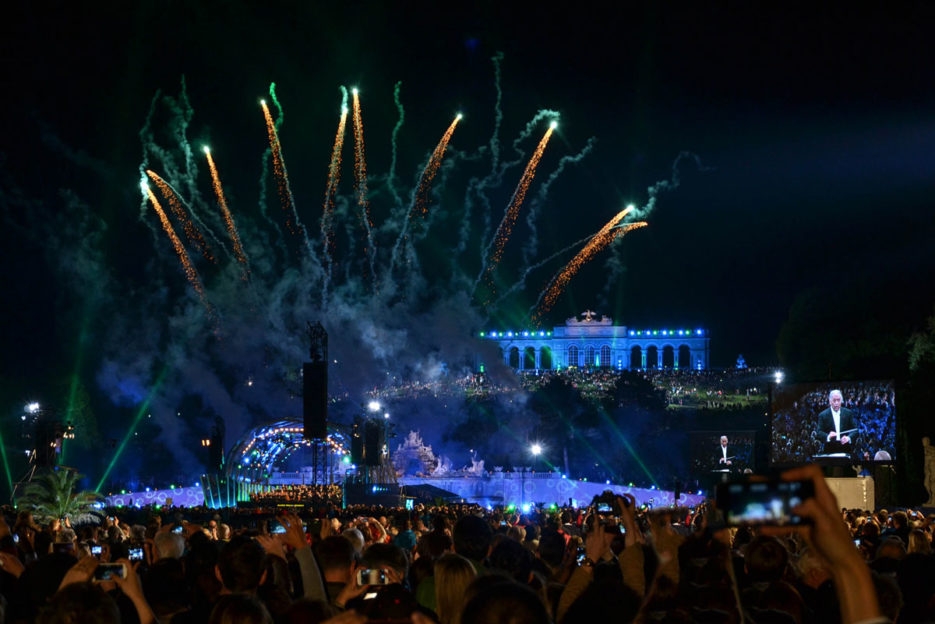 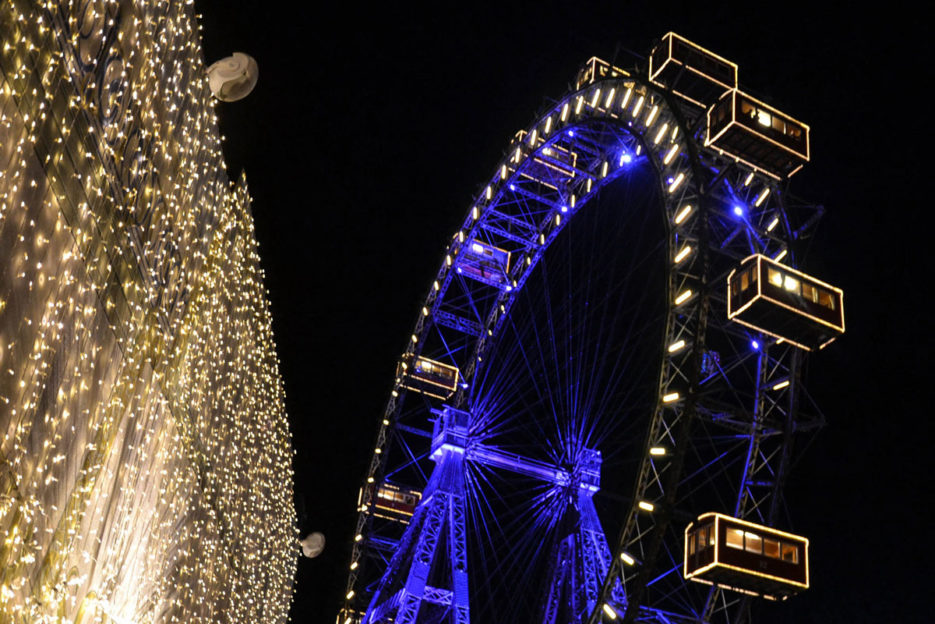 The Wiener Riesenrad at the Prater Amusement Park in Vienna 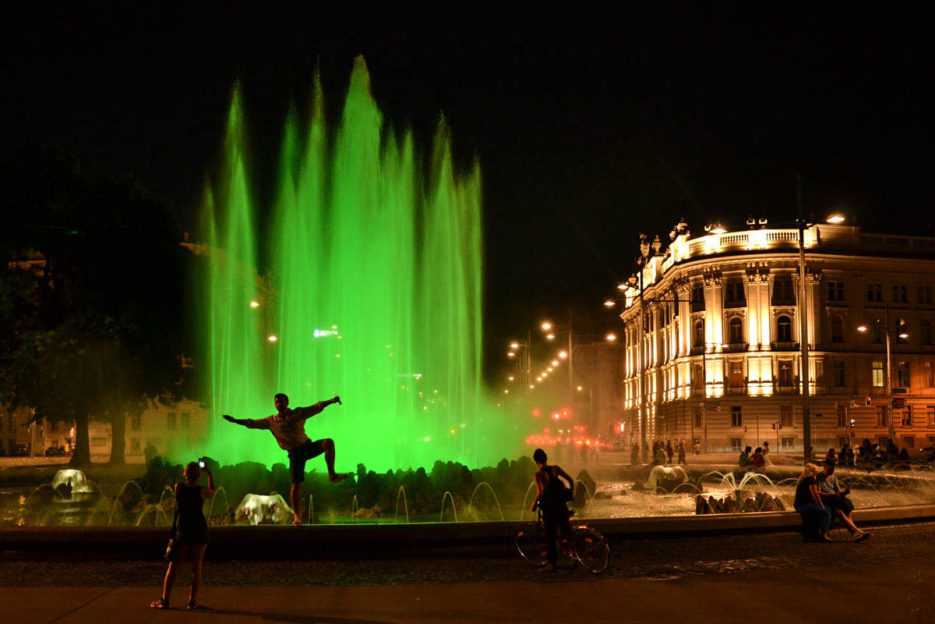 A night photo of the Hochstrahlbrunnen fountain at Schwarzenbergplatz 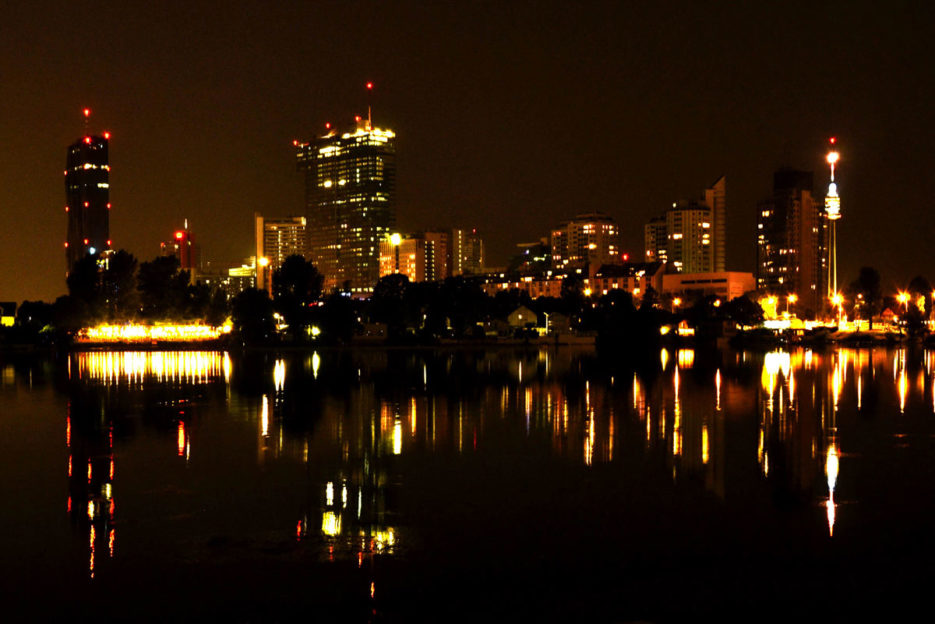 Donaucity skyscrapers photographed at night from the Alte Donau, Vienna 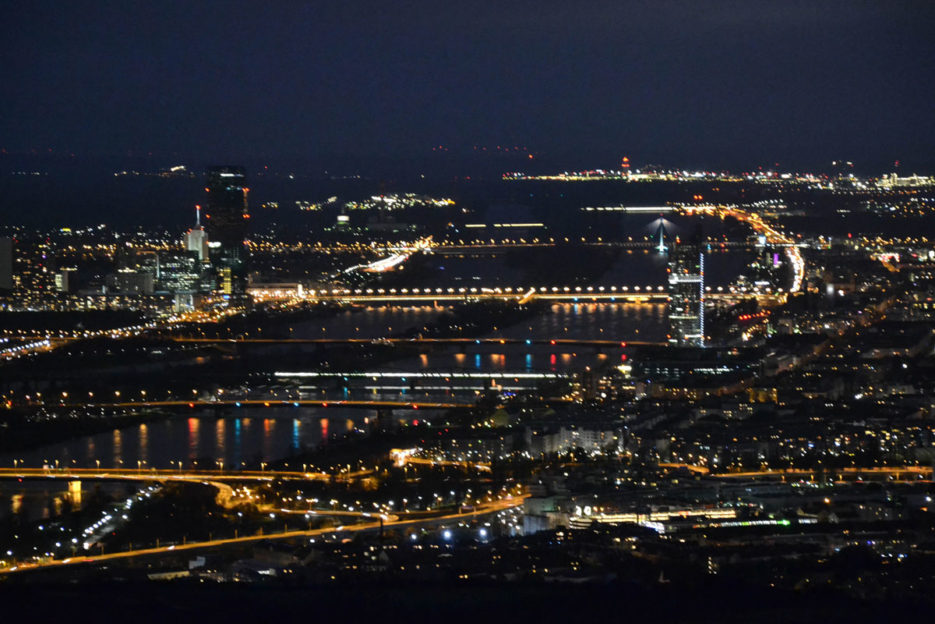 Night view of Vienna from the Kahlenberg hill 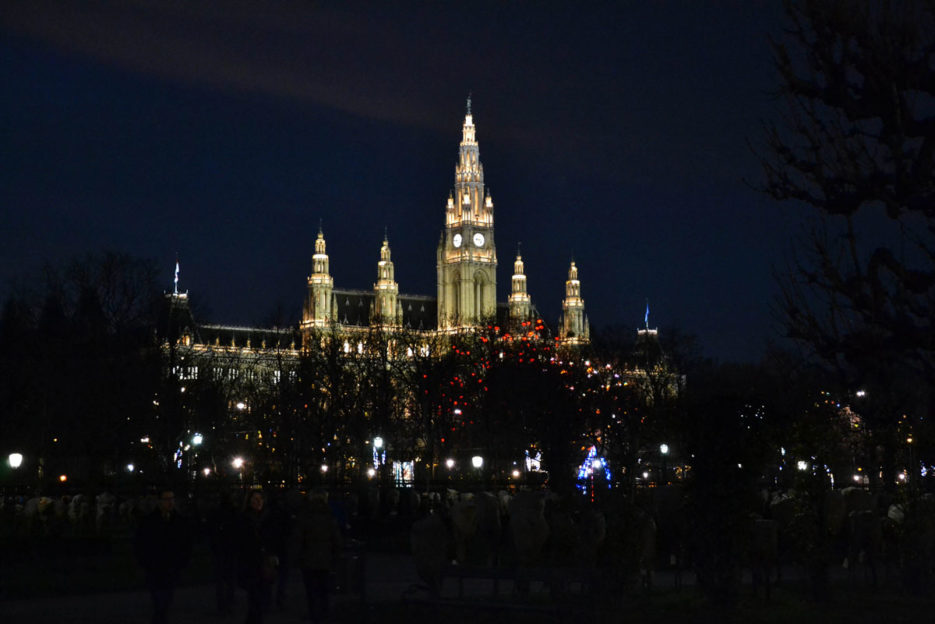 Wiener Rathaus, the city hall of Vienna at night 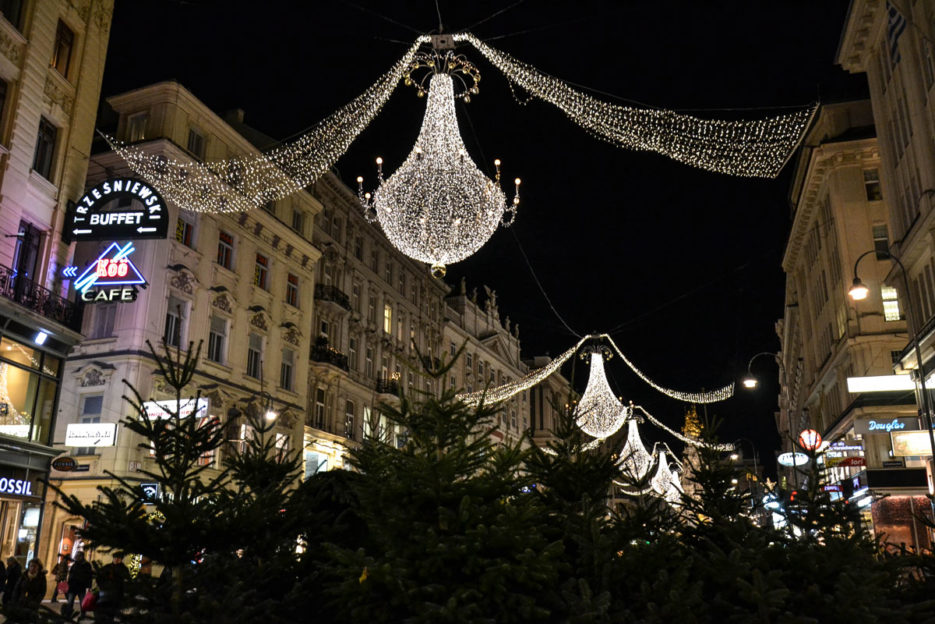 Graben, a beautiful square in the center of Vienna just before Christmas 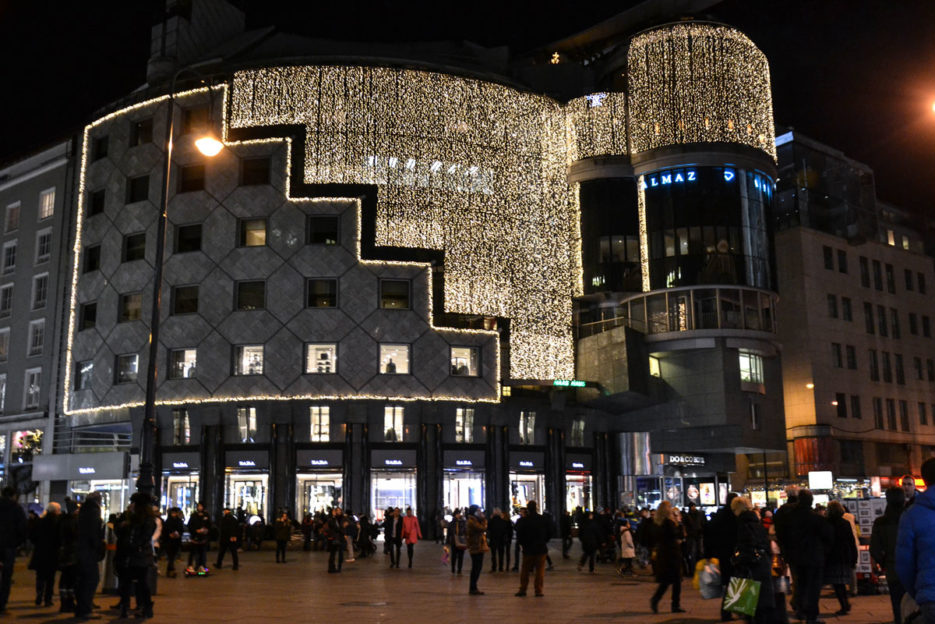 The Haas House, one of the most controversial buildings in the Old Town of Vienna at night 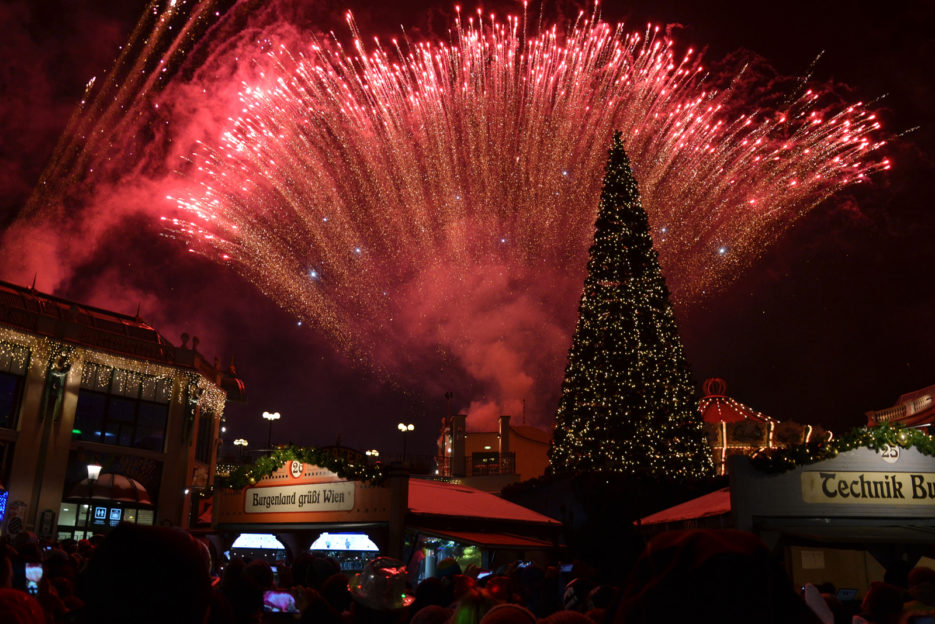 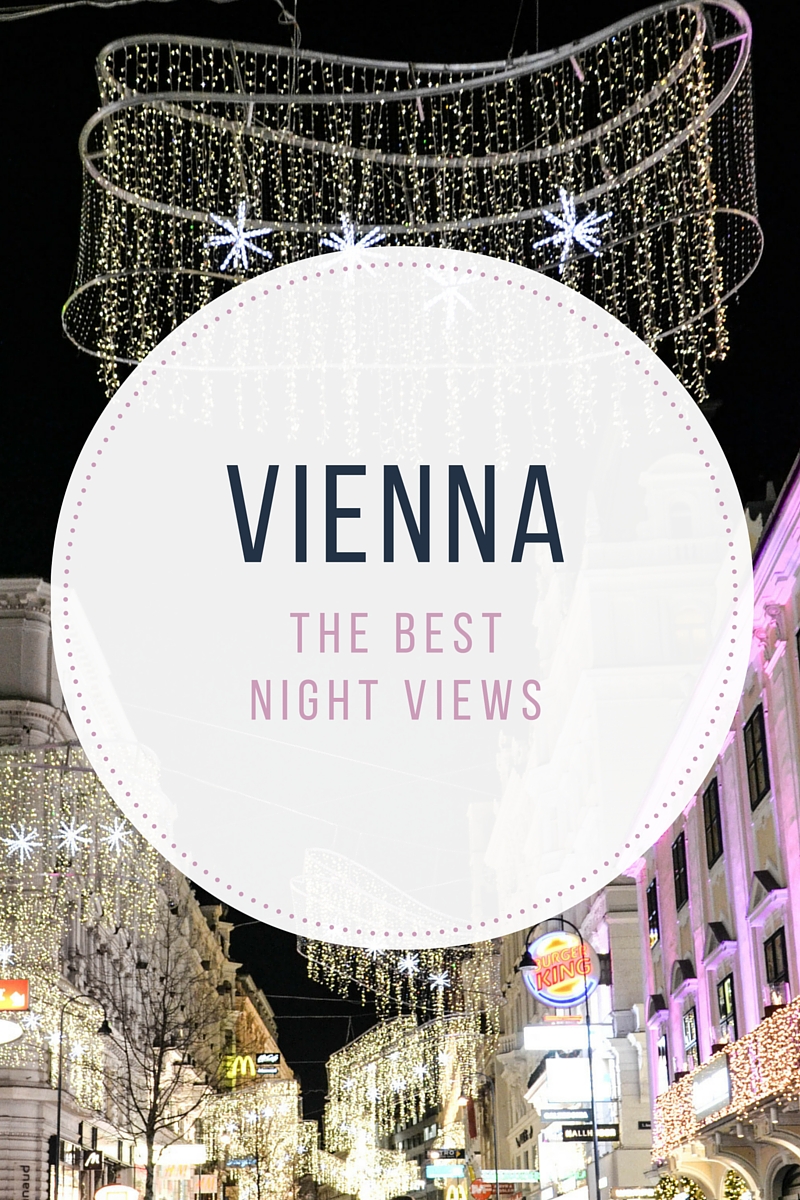 ← Winter in the Tatra Mountains
10 lovely places to visit in Vienna, Austria →